Four years ago a large earthquake and tsunami devastated northeast Japan. More than 15,000 people were killed. A subsequent nuclear meltdown added fear to grief.
As terrible as the meltdown was, the radiation did not have significant public health consequences, much less the catastrophic ones that many feared and some continue to claim.
On the fourth anniversary of the tsunami, earthquake, and meltdown, journalist Will Boisvert investigates and unearths five public health findings from Fukushima that you've probably never heard. 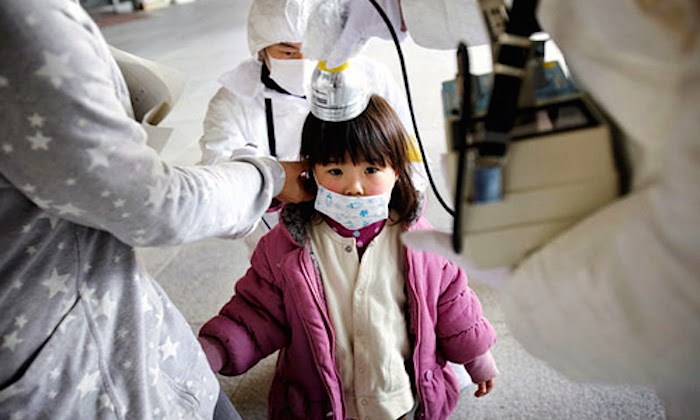 Thyroid Cancer Rates Lower in Fukushima Children Than Other Regions
Radioactive iodine from a nuclear accident can pose a serious risk of thyroid cancer in kids; thousands of cases emerged after the Chernobyl disaster. Thanks to bans on contaminated milk and other foods after the Fukushima accident, Japan expected to avoid a similar epidemic. Unfortunately, a new monitoring system for thyroid cancer seemed to reveal an immediate and drastic effect. Hundreds of thousands of children in Fukushima prefecture underwent sensitive ultrasound scans after the accident. The results showed that 44 percent of them had thyroid cysts or nodules, which are possible warning signs of cancer. So far more than a hundred confirmed and suspected thyroid malignancies have been diagnosed, a rate many times higher than normal for children. Critics of nuclear power took these findings as a portent of “The Nuclear Sacrifice of Our Children,” in the words of über-activist Helen Caldicott.
Fortunately, the thyroid holocaust Caldicott foresees is just a mirage — a product of increased monitoring rather than any underlying spike in thyroid cancer incidence. It turns out that a 44 percent rate of thyroid “abnormalities” is actually quite normal. The Japanese government gave thyroid scans to 4,365 kids living in distant areas of Japan that received no fallout, using the same ultrasound equipment, protocols, and diagnostic criteria used in Fukushima. That baseline study found that the frequency of thyroid nodules and cysts in that uncontaminated population was about 57 percent — somewhat higher than among Fukushima kids. The spike in Fukushima thyroid anomalies isn’t caused by fallout — because there is no spike.
The apparent rise in diagnoses of thyroid cancer proper is also an artifact of the mass scannings, which are discovering small, non-aggressive, asymptomatic tumors that would normally not be found until adulthood, if ever. (Most thyroid tumors — more than 90 percent — are curable because thyroid cancer tends to be slow growing.) Indeed, the advent of super-sensitive ultrasound scanning has caused a surge in thyroid cancer diagnoses all over the world in recent decades, reports Gina Kolata in The New York Times. Thyroid cancer fatality rates have stayed the same, which means the new technology is unearthing innocuous tumors that would not have caused illness. The same dynamic is likely at work in Fukushima.
There may be a slight increase in thyroid cancers from radioactive iodine exposure in coming years, on the usual too-small-to-measure scale predicted by the linear no-threshold model. But the apparent surge in thyroid cancer will be huge given the zealousness of the monitoring program, which will scan the cohort of Fukushima kids every few years for the rest of their lives. Autopsy studies suggest that as many as 27 percent of us normally develop asymptomatic thyroid tumors that we never know about. So Fukushima is in for a tsunami of over-diagnosis and over-treatment of mainly harmless tumors, with serious side effects: another instance of alarmism that causes more harm than the risk it’s trying to avert.
Fukushima Seafood Safe to Eat
Stories about California tuna contaminated with radioactive cesium from the Fukushima spew are a staple of antinuclear websites. Most press accounts dismiss the contamination as harmless. But in Japan radioactive fish are a major issue. Fishermen near the plant are barred from harvesting many species that are prone to concentrating radio-cesium, and South Korea has banned seafood imports from the region. Concerns about the fishing industry are the primary obstacle to dumping the accumulating tons of decontaminated water stored at the Fukushima Daiichi plant. The crippled coastal fishery has become a symbol of nuclear energy’s power to poison the environment on a grand scale.
But as so often in the Fukushima saga, claims of inordinate danger turn out to be exaggerated. The Japanese government’s safety limit for radioactive cesium in fish is 100 becquerels per kilogram (Bq/kg), an amount that’s roughly equal to the natural radioactivity of potassium and carbon isotopes present in all food. The Fukushima fishery easily meets that standard. Out of 95 fish caught within 20 km of the plant in a census conducted in January, a grand total of one specimen came in above the cesium limit at 113 Bq/kg. Most fish were far below the limit, with 43 showing no detectable contamination at all.
And that 100 Bq/kg standard is extraordinarily strict. The US EPA estimates that eating a becquerel of radioactive cesium gives you a one-in-a-billion chance of contracting cancer. If you were to eat a kilogram of fish contaminated with 100 becquerels of radio-cesium every day, for eighty years, your odds of getting cancer from the cesium would be about 0.3 percent, compared to the typical American’s 40 percent chance of getting cancer. (That’s not counting any anti-cancer benefits from eating fish instead of cheeseburgers.)
There’s little question that the Fukushima fishery is safe enough to reopen. On the other hand, its ongoing closure is a boon to hard-pressed fish stocks — which may make the nuclear accident a net win for marine life in the area.
Fukushima Evacuation Zone Is Mostly Habitable
The chaotic evacuations from the area around the Fukushima Daiichi plant, and the resulting scenes of terrified refugees, abandoned towns, and ruined houses, figure prominently in the apocalyptic aura surrounding the accident. Nightmarish evacuation scenarios were floated during the crisis: NRC chairman Gregory Jaczko advised Americans to withdraw from a 50-mile zone around the stricken plant, while Japanese Prime Minister Naoto Kan contemplated evacuating Tokyo itself. Cooler heads — and computer models — prevailed. But the perception remains that evacuations from the 20-kilometer zone around the plant (with a further bulge to the northwest) prevented massive loss of life in a region of lethal radiation that will remain uninhabitable for decades to come. Yet data buried in UNSCEAR’s Fukushima report, and little noticed by the media, show that the evacuation zone is not — and never was — the unsurvivable wasteland it’s made out to be. 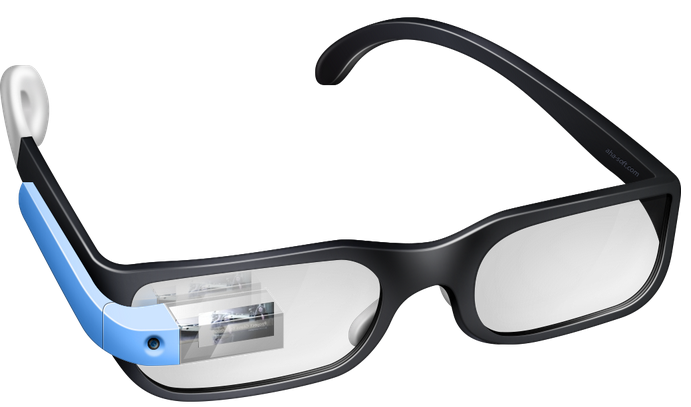 Gaming a waste of time?

Grounded? Yes, maybe because you were playing video games? Parents regard gaming as a waste of time and they simply don’t allow their children to spend time in it. Many gamers are regarded as lunatics who are not realistic about the world. They are regarded as non-realistic and a kind of person who fears to face the world. But most gamers believe in the following fact. 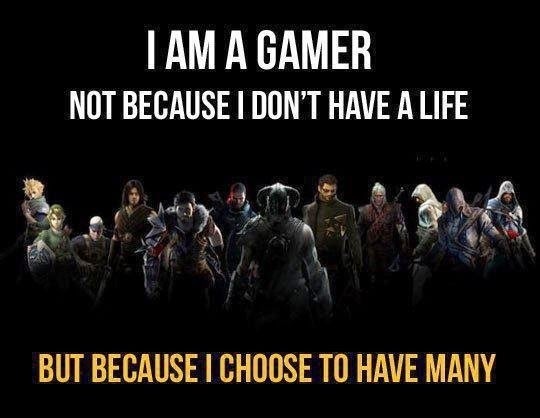 That was cool, isn't it? So basically if you want to find something good about gamers you clicked on the right article. I would like to share some amazing facts that would change your thinking towards gamers.

FACT 1:
Makes you more aware and alert about your surroundings. Researchers had found out that playing games helps in stimulus reflex action co-ordination about 63% better than a normal person.

FACT 2:
Children playing “Tetris” a day for 30 minutes for a day for three months have thicker cortex than who don’t play. The cortex of human brain is responsible for process and visual co-ordination. 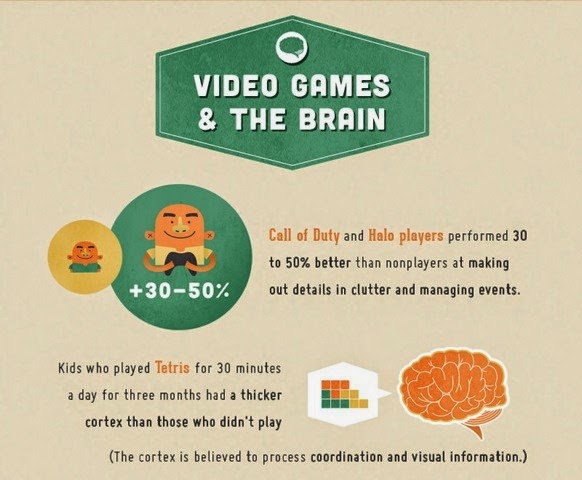 Call of Duty and Halo players proved 50% better in making out details in clutter and managing events. 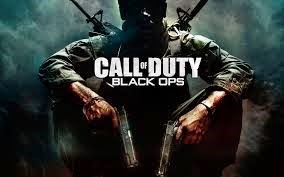 FACT 5:
It slows down ageing process in humans. Playing brain-teasing game for just two hours a week may help slow the degree of mental decay associated with the natural aging process, according to a study this year from the University of Iowa.

FACT 6:
It works as a great PAIN RELIEVER. In 2010, researchers presented evidence at the American Pain Society's annual scientific meeting that video games, specifically ones with an emphasis on virtual reality, have proven effective in reducing anxiety or pain caused by medical procedures or chronic illness. 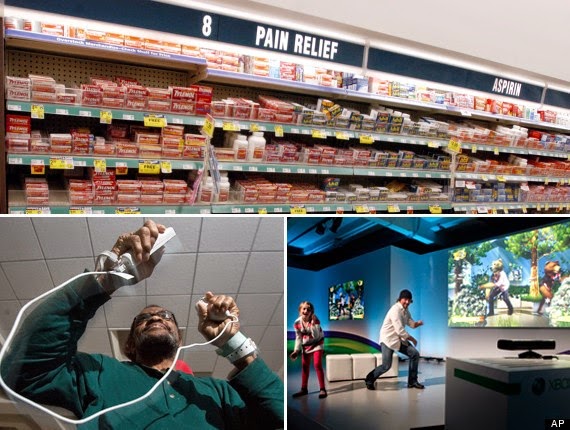 FACT 7:
They may help Dyslexic kids read better. A study from the University of Padua throws cold water on the idea that video games are bad for the brains of young children. In February, the Italian researchers presented evidence that playing fast-paced video games can improve the reading skills of children with dyslexia. 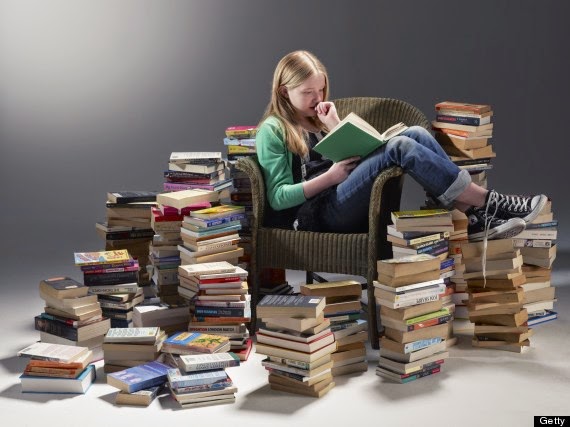 It all started in the 2010 world cup final. The name on the screen was Spain v/s Netherlands. The world eagerly waiting to embrace the new winner. The game went on very well two teams trying hard enough to score the goals. Nothing happened till half time. The match took a controversial turn when Arjen Robben was tackled by the Spanish defender. The referee didn’t reacted in any manner, and the crowd in the stadium went wild with anger. In the end a ball assisted by Fabergas to Inesta was the scoring goal by the Spanish. Cheer roared the stadium, people screaming in joy, celebrations all over. While on the other side sadness devoured Netherlands, tears and sorrow clasps every eye. They cried not because they lost but they tried so hard but still didn’t make it so far. But is it the end?

The wheel of time turns. Four years passed. Players retired while many new faces joined. Memories revived and so does the pain. Spain were the world champions but they have also won the Euro cup 2012. They were like invincible. The Dutch were calm they still have their star players like Persie, Robben, Sniejder in their team.
On 14th June 2014 both teams were in front against each other. Fans cheering their teams and with the sound of the whistle the match started and silence spread the stadium. The Spanish maintained the possession while the Dutch struggling to grab the bowl as theyhave waited forfour long years. In the 25 min of the game Spain earns a penalty and Xavi Alonso scores the goal. “It’s again the Spanish”, said the commentator. But is that so?

The match went on a miracle that shook the world was about to happen. In the 43 min Persie scores the flying header goal that gave him the name “The flying Dutchman”. A string of joy raced the veins of the Dutch people. Confidence and high spirit energised them as if they are hungry for more. 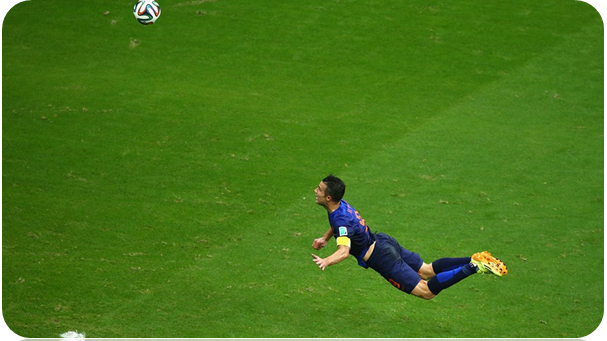 The half time whistle saved Spain. The real match begins now. The score is 1-1. This time it was Netherlands again in the 51 min, this time it was Arjen Robben. 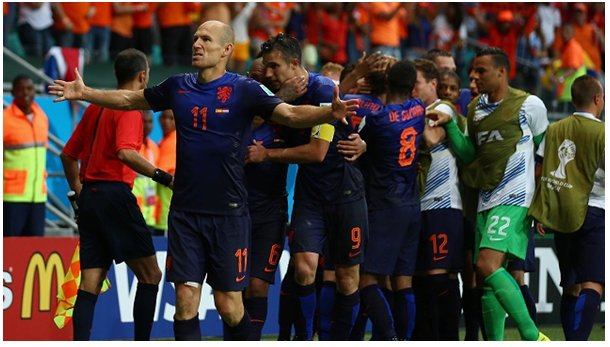 
And the Spanish thanked god that the game of football is just of 90 min. Iker Casillas literally cried holding the ball. Netherlands have taken their revenge. People rejoiced and thus it marked the starting of FIFA 14.